How Do You Save A Drop Of Water From Drying Up? 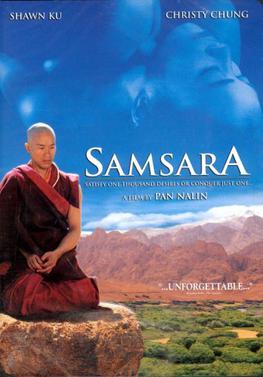 The iconic line to “save a drop from drying up” that was shown in the movie “Samsara(2011)” directed by Pan Nalin a total spiritualism story with deep meaning in every scene that you view.

The journey of Taishi from monkhood and not just a regular monk but who has attained a very high place in achieving penance in the mountains and is respected with his fellow monk but somehow due to his past karma or his desire to the material world of lust which he never imagined would bind him deeply.

The summary of the story has been dealt in one of my previous article which is open to read it also provides similar movies which are very insightful to watch.

However, the topic of this article is the very title of this blog.

The answer is simply- through the drop of water into the sea/ocean.

What Interpretation Can Be Drawn From The Answer?

The answer seems a joke but it is the reality. If interpreting “save the drop from drying” is taken in its natural sense, the way in which the question is asked. The drop is a part of the vast ocean.

The drop and the huge body of the water/sea, are of the same material and of the same character. After the drop comes into contact with the sea, it disappears in its context as the drop. It mixes and loses its identity. Only the sea and the ocean exists in the true sense.

There drop is saved from drying up and now is the huge body of the water which is its complete form.

This is the interpretation for “save the drop” and it is a stupid or very well obvious answer.

The whole story has a spiritual meaning which has is a connection with our daily lives. The story can be interpreted where the drop is to be considered as the one life or the person living a holy life.

The holly man’s life is like a drop of water which has its limitation, which is like a drop which can different form and is always in the cycle of drying up and become a drop in the world.

The only motive of the holy man and the drop of the water is to exit itself from the cycle of being drying up and it is his only life goal to achieve.

Also Read: What are the Mahavakyas From The Upanishads?

The holy man has seen himself that, in this world doing anything will create such consequences that it will bring him back into the world again striving to achieve worldly pleasures will not make him end the unending lust for the acquire everything from the world.

The holy man decides it needs stability a bare minimum of resources to be in existence. The mind must not wander into the unnecessary and uncanny things that do not bring him back and keep the cycle of life and death, of suffering running.

The holy man’s only aim is to end all ways of attachment of this world and bring itself of the mind peace. The state of bliss where the mind mix with the ocean of bliss free from the very existence of the cycle.

The Ocean And Its Divinity

All spiritual life seeks some form of divine attribute that can be expressed but such thing does not exist, on the other hand, we see people attaining or seeking such attributes be of calm and kind nature not seeking any additional from what they have and respecting the things they have achieved till now.

The attribute of “save the drop from drying up” is the key that will bring to the divine ocean for the drop. The ocean we seek is nothing that exists like a heavenly adobe but rather a place we create in ourselves. It is more like, a person building his house by bringing bricks, cement, logs and labour building his house.

The cycle has to end and it will not end by dreaming of the heavenly adobe but through actively creating through the ever surpassing logical will of the holy man.

Thus, this is how a drop of water can be saved from drying up.

7 thoughts on “How Do You Save A Drop Of Water From Drying Up?”