What are the Mahavakyas From The Upanishads? 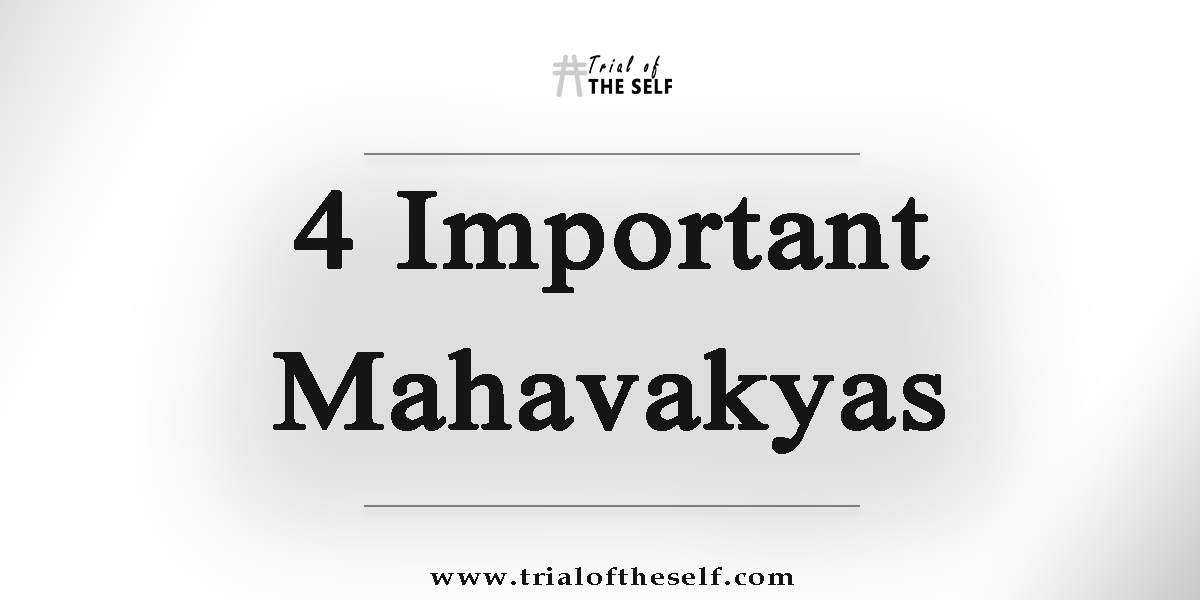 The Mahavakyas are like one-liners that explain a lot about the nature of reality and the existence of the self (Atama) with the whole universe and the Paramatma or Brahma.

These one-liners are thus called the Mahavakyas which are short explains a lot about your connection with the whole universe which has to be a further experience for a layperson.

Also Read: What is the Meaning of Aum or Om?

Meaning – ‘the wisdom is the Brahman’

The Mahavakya is been yoked from the Aitreya Upanishad which refers to the Rig veda.

The supreme self is in the form of consciousness and can be experienced through wisdom is what the Mahavakya teaches.

Prajanam Brahman is a Lakshand Vakya which means it gives direct evidence of the Brahaman through oneself.

The wisdom is the knowledge of the self (aatma) that a Sadhak (seeker) has to attain through hard penance and practice which will rise from within himself.

The Brahman is the complete manifestation of the self that exists in every living being, also known as the Paramatma (the supreme self).

So the Mahavakya in general tells the Sadahak (seeker) a form of realization which he can achieve if he understands the meaning and thus becomes the Brahaman through this realization.

Also Read: What Is The Spiritual Meaning Of 1111 Number? Meaning – ‘ I my self is the Brahman’

The Mahavakya is from the Mandukya Upanishad which is based on the Atharva Ved.

This Mahavakya explains that the self is the true Brahman. The self is called the Aatma which is part of every living being.

The Upanishad exclaims it as Anusandhan Vakya which means the sadhak (seeker) has to constantly contemplate within himself the relation of Atama with the supreme Brahaman.

The Mahavakaya is also an experience by the Sadhak (seeker) that, existence is nothing but the Brahman, the truth and the ultimate reality of nature. The experience of oneself seeing himself as being the Barhma completely is what makes the seeker utter the words that ‘I myself is the Brahman’. The experience of having a different identity from the Brahamn subsists and thus becomes universal.

Once the Sadhak (seeker) experience the self as the complete Brahman then, then he/she is enlightened and has won over all the sufferings of the mundane world. Meaning- ‘That Thou You‘ or ‘You are that’

The Mahavakyas is from the Chandogya Upanishad which is based on the Sama Ved of the scriptures.

It is exclaimed by the Upanishads as Updesh Vakya which means a sermon that is given by a Guru to his disciples to learn.

Tat means ‘That’, Tvam means ‘You’ and Asi means ‘is’ an adjective that connects the two separate pronouns in general into one. The literal of the mahavakya tend to deliver that you are that supreme Brahman.

Everything came into existence because of the Brahaman through eternity in past, present and future and will continue to exist, therefore you are that supreme Brahaman. 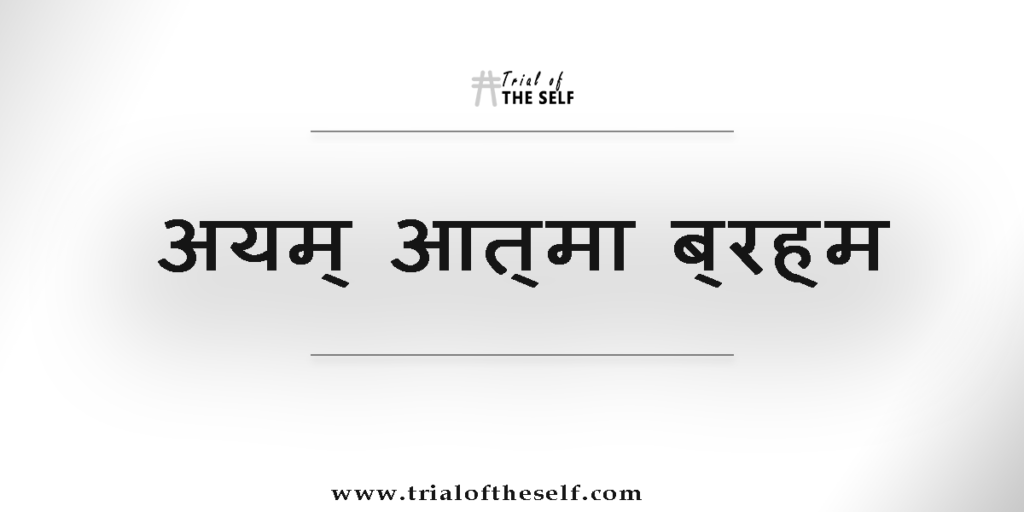 Meaning- ‘I am the Brahaman’ or ‘The Brahaman is me’

The mahavakya has been taken from Brihadaranyaka Upanishad which represents the gyan khand of Yajur Veda.

In Brihadarnyaka Upanishad also mentions the two spiritual conversation between Yajnavalkya and Maitreya and also between King Janak of Mithila and Rishi Asthavakra.

The Upanishad relates it to an Anubhav Vakya which means one has to experience it from his hard penance and wisdom throughout his or her practice in the way.

This means I am the omnipresent, omnipotent Brahman, the ultimate and the universal soul which exists in every living being.

The ego of oneself subsists and takes the universal form of entity that appears and exists in every living being and the sadhak is then experience itself as the Brahaman and through the Brahaman.

Chanting or realizing ‘Aham Brahmasmi’ is the ultimate realization, a sadhak (seeker) who achieves or understands the meaning he then transcends from this mundane world to a higher and supermundane world, free from all attachments of the world.

There are several other Mahavakyas from the Upanishads but these 4 mahavakyas are highly revered in the ancient practice for enlightenment and the Sadhak (seekers), learns a lot through them.

previousTop 5 Guru-Shishya Spiritual Conversation That You Must Know
nextInfographics: The 4 Mahavakyas

13 thoughts on “What are the Mahavakyas From The Upanishads?”