What Is The Meaning Of Aum or Om? 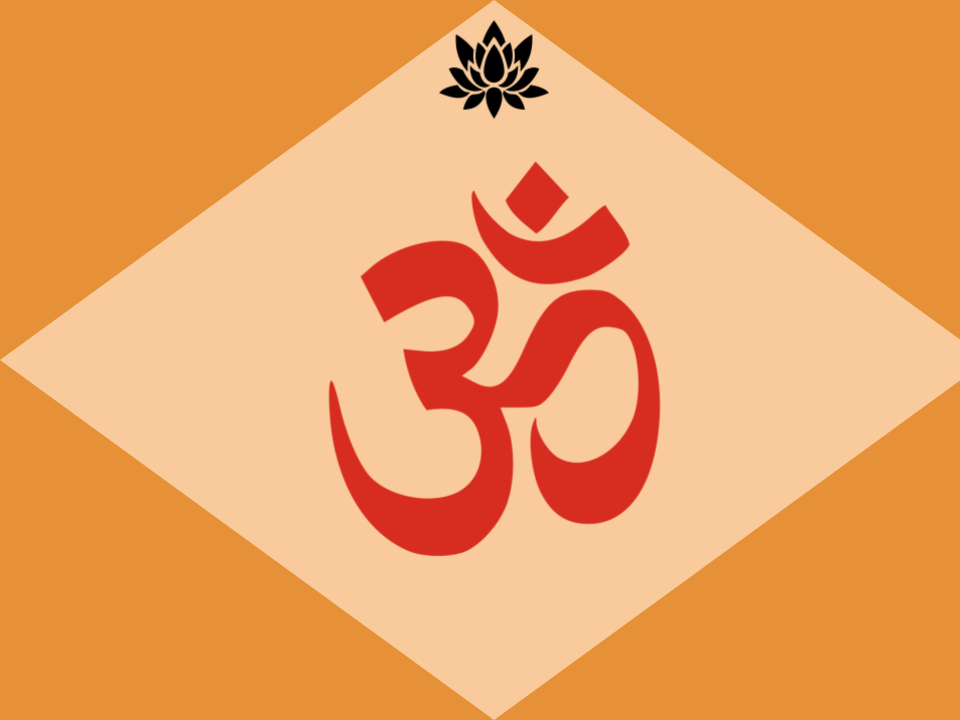 The Meaning of Aum, the most sacred symbol in Hinduism. Aum/Om is chanted every time before the starting of any mantra from any holy text of Hinduism.

However, the word Aum has been used in the various fashion or objecting different symbolism which may be different from its original sense.

Say it about Bollywood or politicians have interpreted the used OM as to denote a promotion of scientific sense in our Vedic culture but it is way beyond its depth.

Such as in the movie Koi Mil Gya.. the protagonist’s father invents an instrument which transfer Om sounds in through radio frequency and the Aliens have heard them and will visit the earth.

Also, the famous viral twitter post from our super cop and now lieutenant governor of Pondicherry that NASA has released a clip wherein, space it had recorded that OM sound is being heard. Well that escalated quickly.

So, setting aside the jokes form our politicians and Bollywood pop culture, the real meaning is way different what the original meaning is said.

So then what is the meaning of OM?

The word Om has to be understood from three different aspects which at the end will take you the spiritual conclusion.

This article will touch every aspect of the sound of “Om” so that a spiritual person may successfully understood the primary meaning and advance to a better understanding of the “Om” Recitation.

But some basic question is this recitation is necessary?

Also Read: What Is The Spiritual Meaning Of 1111 Number?

Does “Aum” Recitation help you Spiritually?

No one knows how a person signifies some material into a spiritual spectrum of understanding. The question is what not can be used as a tool for spiritual practice. This means whenever a person selects a certain understanding of a subject he enhances to excel to till he achieves the ultimate.

To further understand this aspect, a carpenter is good with a hammer, he learns the use of the tool certain ways to boost himself in his professional output. Therefore, the better the understanding with the tool the mind which is using has better understanding its use which others may not know or are yet to learn from it.

So far, for a spiritual person, the recitation is just like a tool for his mind, to to understand the “Shunyata”, impermanence nature of the reality of the material world. However, it is not the case for understanding the meaning of Aum.

Mere recitation just by using your sound and watching your TV show is just fooling yourself of the worth and effecting remedy one is just delving into. Therefore, one must be fully mindful and understanding of what he/she is reciting

With each recitation of the word, the meaning of the symbol must go through the body and the mind of the person who is a complete form of recitation.

The mindful recitation is the only mantra for spiritual recitation for every person to get deep into the nature of the being.

There is no best time for any good task if you are performing. The job of the recitation is to tame the mind to the extent that, no worldly distraction attracts your mind. You are into recitation, your body, your mind is towards the recitation that what matters when performing, that the thoughts of the mind dissolves into the every breath of recitation.

This also goes for the number of times a person has to perform the recitation and the answer is it doesn’t matter. What matters for the person is that he is mindful of what he/she is reciting in the oblivion. Enlightenment does not see the time of the day or the food you eat or the dress you wear. It is so independent that your mindful nature to the ultimate makes you liberate to the fullest.

Lets see what is the meaning of the Aum then.

The Structure of the Sacred Symbol

This is the important section and ones read and remember the true meaning of the word “OM”. The meaning has been derived from Mandukya Upanishad which has a godly story of itself.

The Story Of Lord Kartikeya and Lord Brahman

As per the story from the Purans, a young Lord Kartikeya was seeking the meaning of the word “OM” from any noble god in the whole adobe of the Universe.

Thus, the meaning of Aum, the word came us to the scriptures.

A nice fascinating story before in understanding the meaning.

The sounds or the vowels in the Sanskrit language which has to understand first. The Sanksrit/Hindi Language has 3 kinds of sounds in it out it the

The sound comes in the middle of the procession of the word. This sound signifies the continuing juncture of the sound. The sound is resembled from the sound as ‘U’ is pronounced in ‘umbrella’, with little more stress on the word.

Also Read: Top 5 Guru-Shishya Spiritual Conversation That You Must Know?

The Relationship of Sounds and its Inner Meaning to the Reality

The last section described the ‘Aum’ and its construction from different sounds, but the meaning of it does not end here.

In this section, each sound signifies special meaning which can be extended to not just for spiritual understanding but for knowing the impermanence of the material universe and its nature of constant creation and end cycle throughout its existence.

For example, one may say that the ‘A’ sound signifies the creation of the universe, the cosmos where all the beings are existence or the ‘big bang’ which lead to the creation. This has been created from the almighty singular God, who when pronounced this word and with this, the whole process of creation came.

The other perspective is through understanding the beginning of any thought and with thought it means any thought which will be filled with desire or aversion of the meditator. The only beginning the

What the U-kar Sound Signifies?

The “U-kar” sounds come in the middle of the procession of the sound “Aum”. Similarly, the meditator or chanter can signify it to their themes of understanding, although I will describe both of them from my understanding.

If considering the creation of the universe, then this signifies the middle period which is from after the creation till the beginning of the end of the universe. In the period the sound of ‘O’ can designate the continuance or a form which is preserved in itself for a period with which it has defined itself.

Similarly, the sound can also signify the middle period of every material thing in existence, in the context of the living being the period of youth then the systematic ageing and then the old age. This can also be signified with every thought or emotions which exists and creeps within after its creation.

The nature such creation of thought may give rise to more complex thought or emotions but it changes because of its material or mental existence. All thought or emotions or relations in this period of procession  that exits for a period of time and which is bound to have its end. Thus, explaining the meaning of Aum, in the sound itself.

What the M-Kar Sound Signifies?

The “M-Kar” sound also can be signified into a perception of spiritual development by the meditator or the person who will be chanting.

The “M-kar” sound signifies the end of the universe which means the perishable nature of the universe, all things that existed in the universe, every planet, star or bodies of mass which have bright significance in the cosmos will comes to the end, to darkness.

Similarly, this can be attributed towards the emotions and thought of the mind where every mental provocation for attaining an action comes to an end because the desire or the eversion leading to such action either have achieved its purpose or failed in the purpose.

Also Read: Traveling Through Your Timeline Of Your Life

The purpose of this perishable nature of everything is because within its own end there is nothing such as ‘end’ but with its end starts a new beginning. It is a cycle of birth-death and repeats a system which is followed not by living beings but everything that has a physical existence and the mental association with it. If the connection of the physical existence and mental association of every being exists then this cycle will go on.

What Conclusion Then we Arrive by Understanding ‘AUM’?

It is these question one may ask himself and make conclusion out of it, ultimately deciding the spiritual path. Only those answer will decide the spiritual connection you will have when you chant this daily weekly or at any time as I have discussed above.

The word does not become attachment in itself if you chant his word for whatever or how many times you chant it daily, because if we do get attached we have not understood the teaching it has produced to the self in the first place.

Therefore, looking inside, understanding it fully and then applying it will pick up to the path in the better place for spiritual development. Only your understanding will attain better you inside out of yourself.

Thank You for reading

I seems that you have keen interest in understanding the meaning of Aum by reaching the blog post so far.

Tell me if your thoughts (if you have not read the article and just scrolled down to the bottom then read it please!).

You can comment on this post and share it with your spiritual community if you have to get a meaningful conversation in your life for spiritual development.

You can also sign in for newsletter if you like to receive my writings notification directly to you.

previous5 Must Watch Spiritual Movies / Series To Gain Spiritual Knowledge
nextTraveling Through Your Timeline Of Your Life
Tags:Aumhindihindu dharamahinduismliberationmeaningmeaning of aumOmsamsarasanskritspiritualismspirituality

5 thoughts on “What Is The Meaning Of Aum or Om?”